The work of this type of machine is completed by a series of cams inside the machine to drive various connecting rods and components. It adopts multi-function digital display frequency conversion stepless speed regulation, PLC programming control technology, automatic box feeding, automatic counting, touch display to realize man-machine interface. It can be used in conjunction with other production lines. After packaging, the added value and grade of tea can be improved. 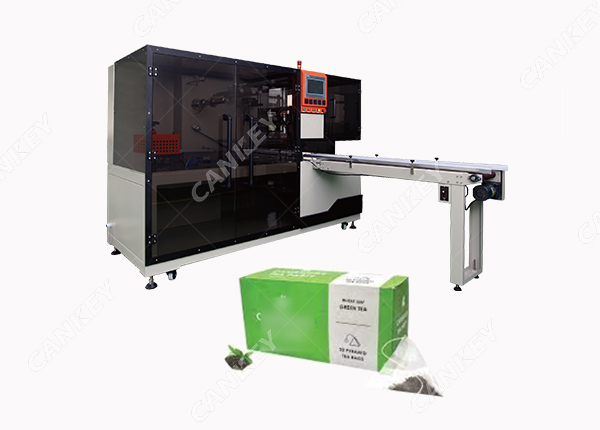 How does the overwrapping machine wrap tea box?

The box is pushed into the linear slide rail together with the packaging film under the action of the push rod. In the subsequent linear movement, the box is powered by no external mechanism, but when the tea boxl is pushed to the right by the push rod, it pushes one by one and moves to the right in a step-by-step manner. When the tea box moves to the next station, the upper and lower edges are folded under the action of the upper and lower folding plates. When stepping to the next position, the left end fold action realizes the left end fold. Then the box enters the right-folded rail, passes through the fixed plate elbow and takes shape naturally. The upper and lower folding end plates make the upper and lower ends of the box naturally fold into shape when passing by.

In order to fully demonstrate the appearance of the product, a transparent film is usually used. That is, cellophane or OPP (BOPP) film with coating on both sides, generally 0.022～0.03mm thick, preferably without static electricity. When used in medicine and food packaging, it must comply with the national regulations on medicine packaging or food packaging materials. The UK customers choose BOPP film, which is also purchased from our company.